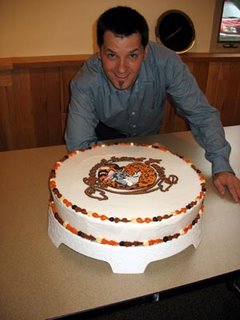 In April I received my first CD, fresh from the printers: Second-hand Tales. I was thrilled. On June 10th I held a CD release party at the Howe Library, Hanover, NH. It was an amazing success. To be honest, I hoped for rain as I knew after all the wet weather we have had here, there was no way people would come to an indoor event if the sun was shining! Selfish I know!

Sometimes people are unsure of what to call what I do – is it a performance, is it a show? It’s storytelling! I sit, stand, walk about, act out the tales I tell, getting into a mental space, becoming part of the story. I describe what I see in my mind, which changes from performance to performance. I tell the audience what I see in my mind, hope that they too see it, and most importantly of all I have a great time. And that was how it was at the CD release party. However, to describe the event as a ‘CD release party’ would be to almost belittle what it became for me. As I said in a “thank you” email to one of the folks who came to the party, it was a humbling event. It showed me how many people in this wonderful community look to one another and supports one another in large ways, in small ways and all ways in between. The young ones (and grown-ups!) make it SO worthwhile. Their faces and laughter makes this the great profession it is.

The children’s librarian, Denise Reitsma, and her staff at the Howe Library did a wonderful job. The cake was incredible! They had Belise Draper: BeliseDraper@aol.com make a cake for 50 people and on its top was, in icing, the CD cover. Such a fantastic job! Everyone who was part of the party, who came to the party made it a great event. My thanks go to all those who came. Don’t miss the next one!

Eighty-five people came to the Howe on Saturday and listened to my stories! It was truly wonderful to see so many folks that I did not know, in amongst those I did. It was humbling.

Simon Brooks, storyteller
Posted by WorldofStories at 9:23 AM